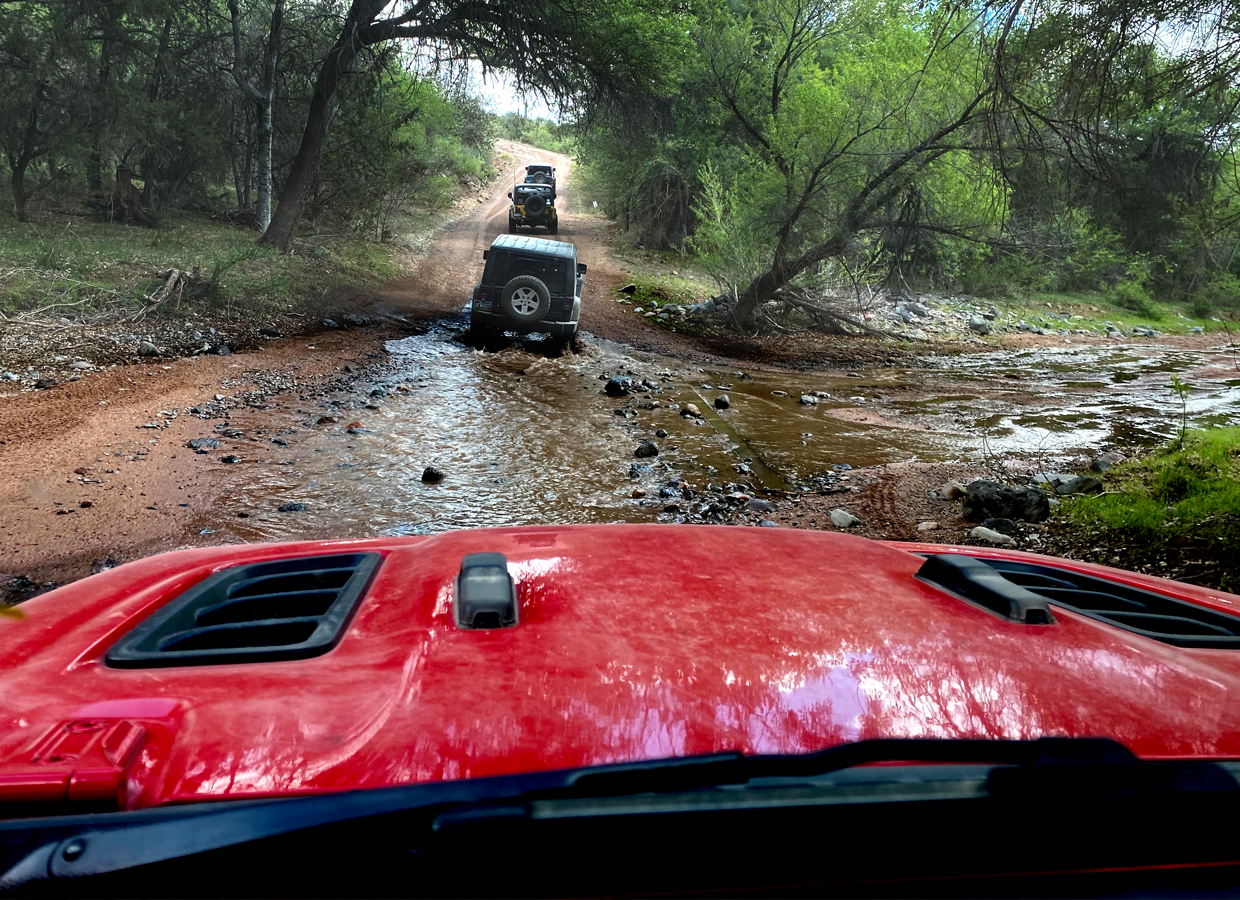 Headed down to the Phoenix area for the first in a series of multi-day Skills Camp events hosted by the Ladies Offroad Network and had the opportunity to get certified as a TreadLightly! Tread Trainer while I was there. This edition of the LON Skills Camp, focused on navigation and trail leading, got us out on a few different trails in the Tonto National Forest (Click through the images below for each day’s notes)… 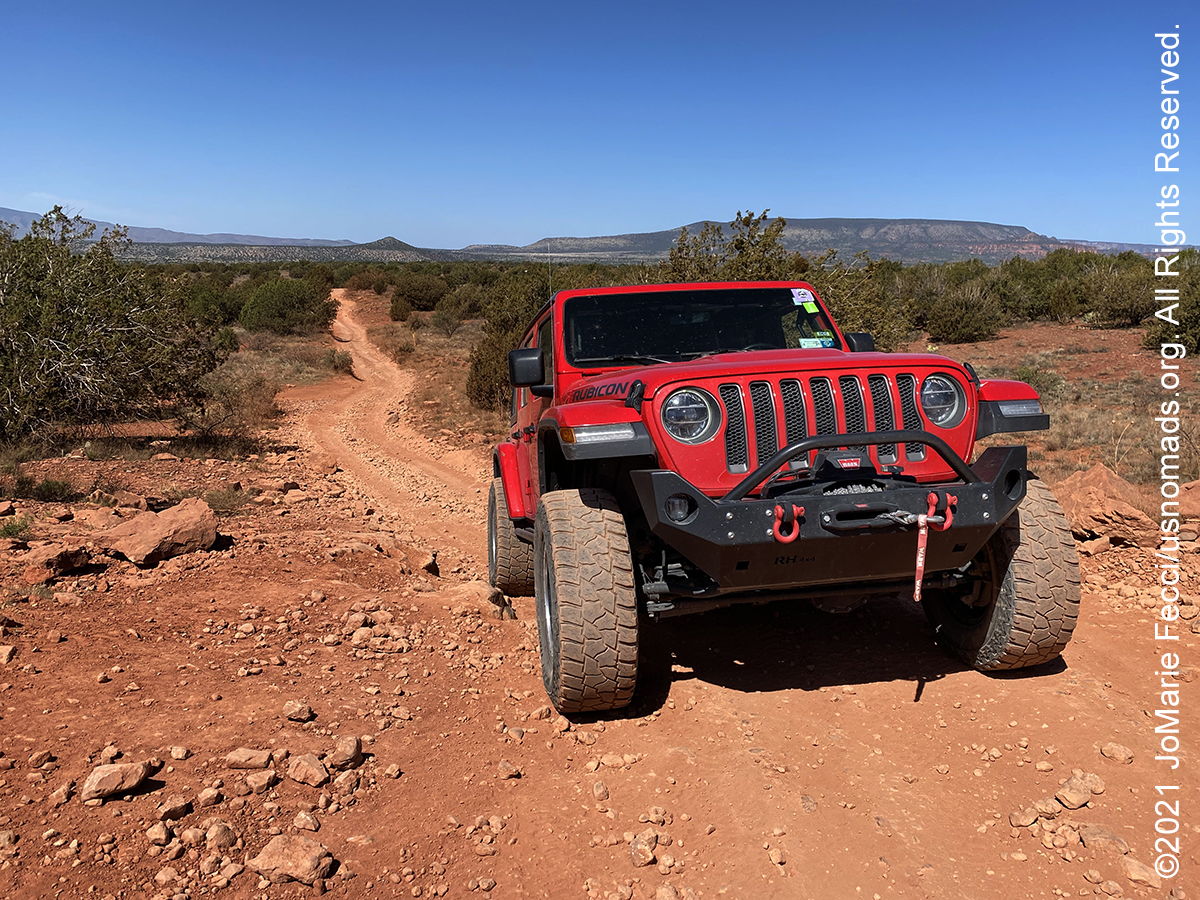 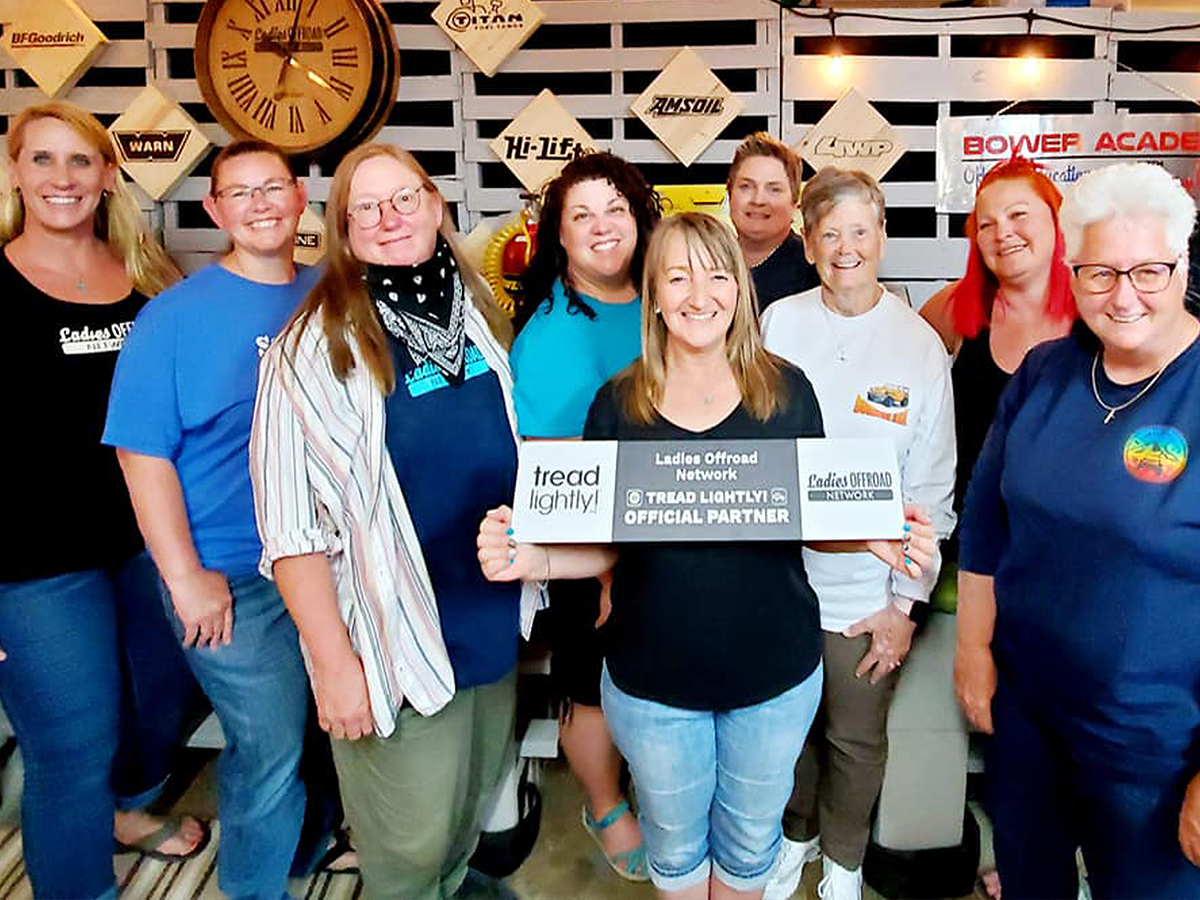 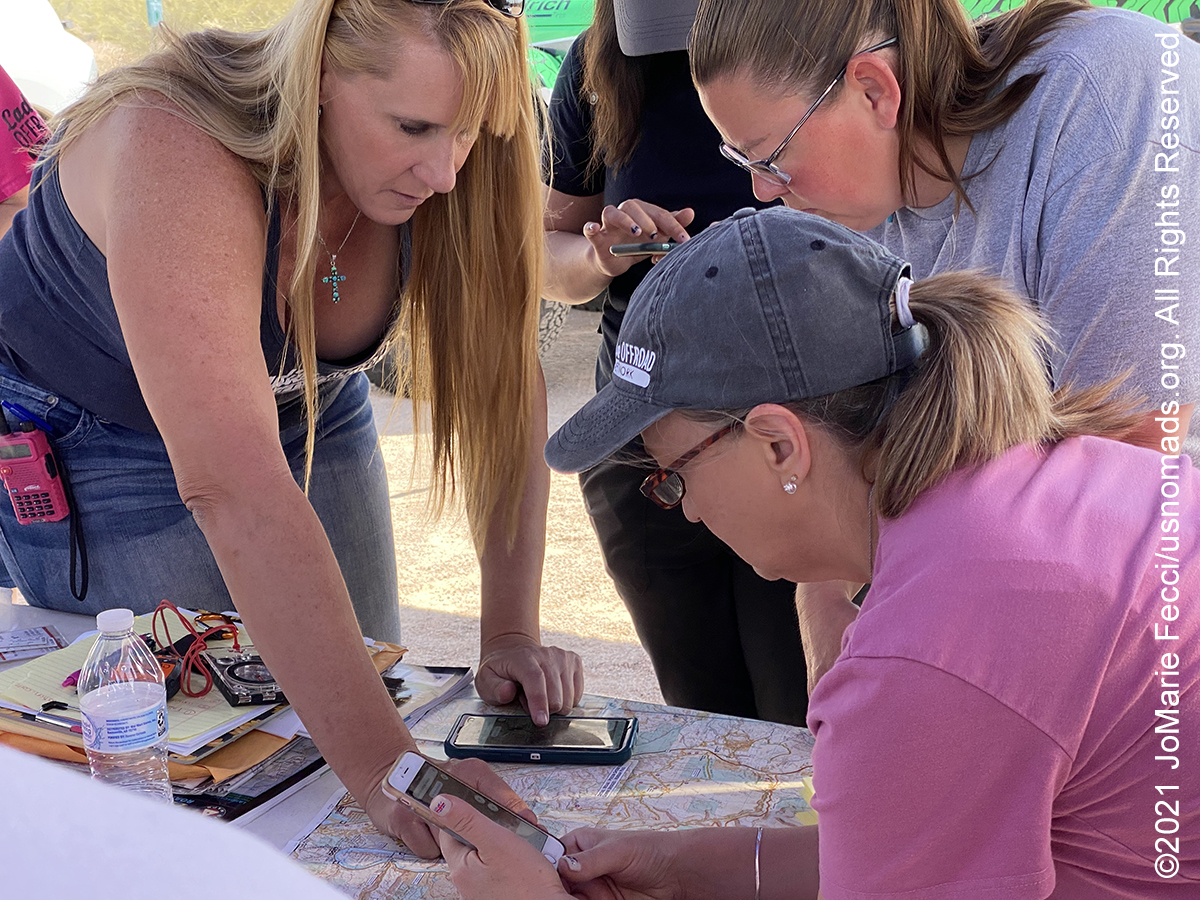 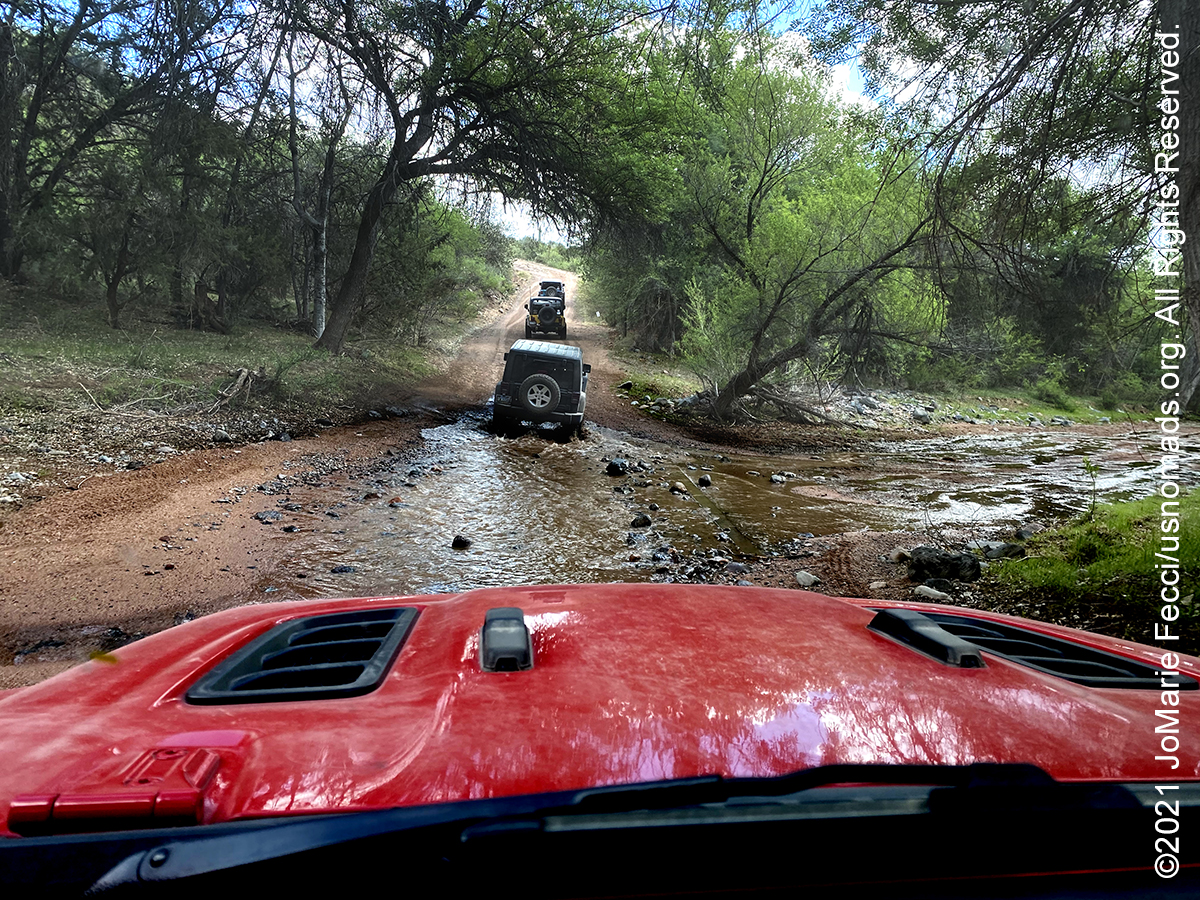 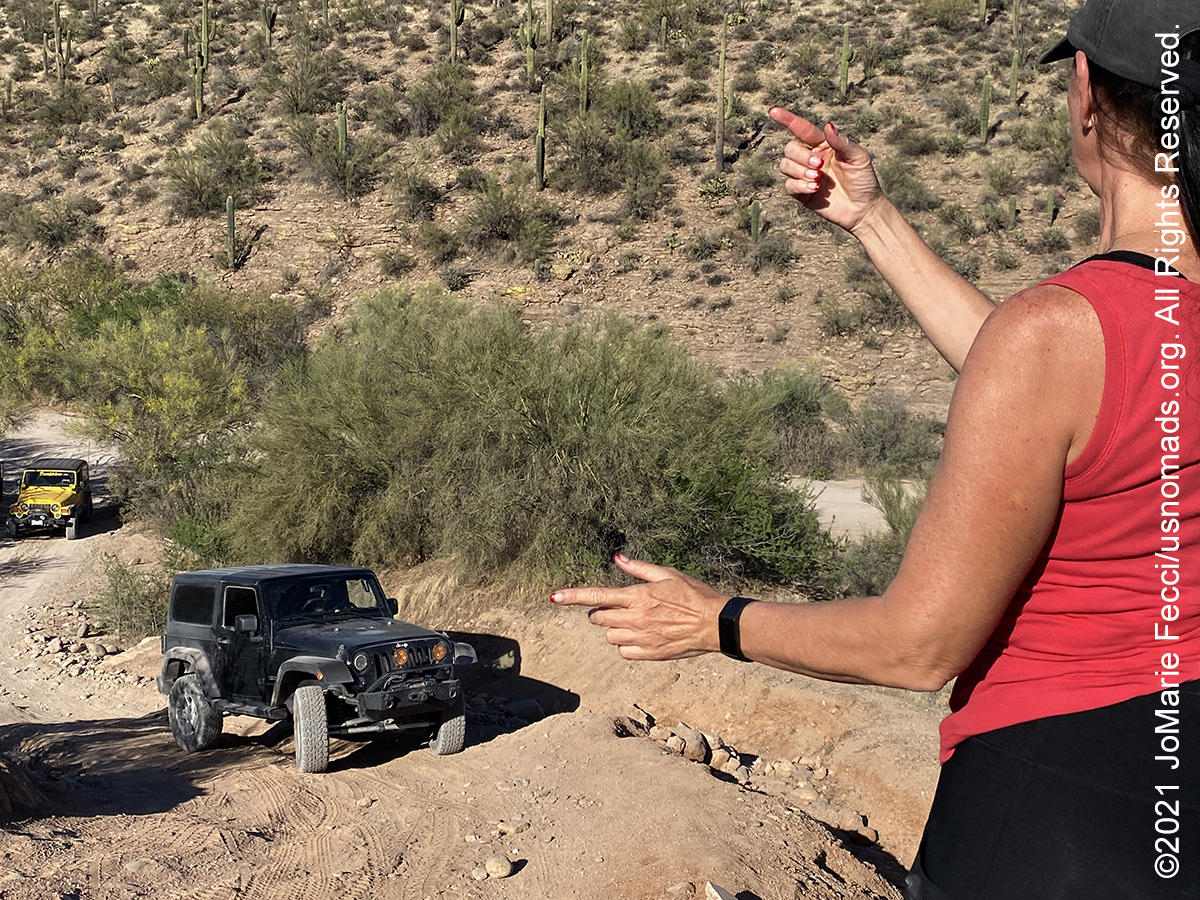 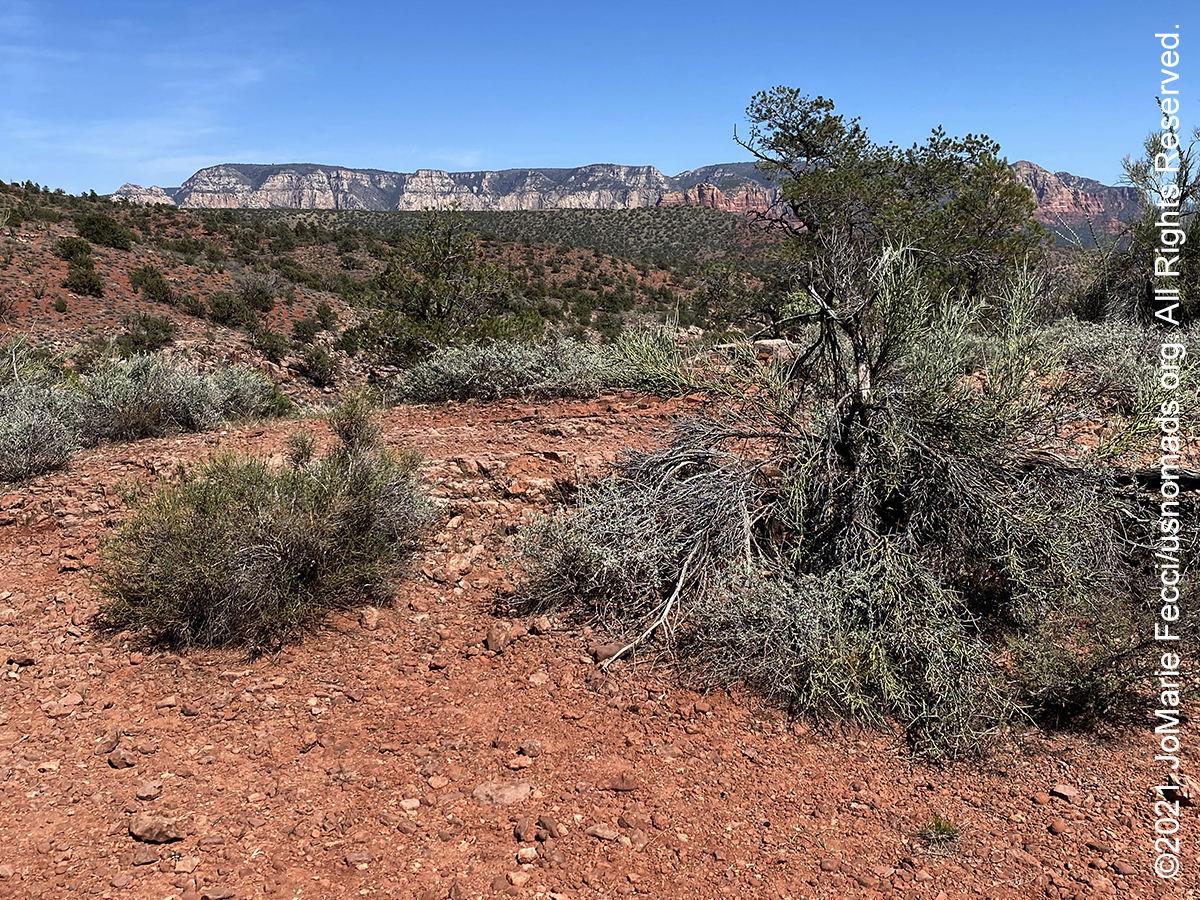 Note this map provides an overview of the seventh segment of the journey–covering the trail routes and locations around Phoenix, Arizona, as well as the route between Sedona and Phoenix. The route on this map shows the overall direction of travel and key “stops” but does not include any detailed GPX tracks for backcountry trails, etc…

Sedona, number one on USA Weekend’s “Most Beautiful Places in America list,” is surrounded by 1.8 million acres of national forest land, with great jeep trails that wind in and out of a rugged landscape defined by pinnacles, spires, buttes and domes. Sedona’s main attraction is its array of red sandstone formations. The formations appear to glow in brilliant orange and red when illuminated by the rising or setting sun. The red rocks form a popular backdrop for many activities, ranging from spiritual pursuits to the hundreds of hiking and mountain biking trails. Sedona’s red rocks are formed by a unique layer of rock known as the Schnebly Hill Formation. The Schnebly Hill Formation is a thick layer of red to orange-colored sandstone found only in the Sedona vicinity. The sandstone, a member of the Supai Group, was deposited during the Permian Period. The early settlers were farmers and ranchers. John J. Thompson, who moved to Oak Creek Canyon in 1876 is considered the area’s first Anglo settler. In 1902, when the Sedona post office was established, there were 55 residents. In the mid-1950s, the first telephone directory listed 155 names. Some parts of the Sedona area were not electrified until the 1960s. Sedona began to develop as a tourist destination, vacation-home and retirement center in the 1950s. Most of the development seen today was constructed in the 1980s and 1990s. As of 2007, there were no large tracts of undeveloped land remaining. Sedona has played host to more than sixty Hollywood productions from the first years of movies into the 1970s. Stretching as far back as 1923, Sedona’s red rocks were a fixture in major Hollywood productions—including films such as “Angel and the Badman,” “Desert Fury,” “Blood on the Moon,” “Johnny Guitar,” “The Last Wagon,” and “3:10 to Yuma.”

Diamondback Gulch is rugged and remote with limited scenery. The trail follows a section of the original wagon route between Sedona and Prescott, that was in use before Arizona was a state. People like it because of the steep, rocky hills along the pipeline. The loose rock hill climbs and steep drop-offs increase with difficulty as you drive along the trail. The namesake feature –Diamondback Gulch—is a deep ravine that slices through the land, requiring a  steep descent into a chasm before climbing out again. Expansive views greet you on the other side. Vehicle requirements include 4WD Low and good ground clearance. Note that FR 152A can become impassable when wet.

Usery Mountain Regional Park is set at the western end of the Goldfield Mountains, adjacent to the Tonto National Forest. The park’s geological focal point is Pass Mountain, also known as “Scarface”. However the park’s moniker comes from the mountain itself, which was named for King Usery. “King” was his first name, rather than a title. He was a cattleman who was running stock in the area in the late 1870’s and early 1880’s. He had a tough struggle to survive and, apparently losing ground, moved up into the Tonto Basin country. Usery was accused of holding up the Globe-Florence stage and stealing two bars of silver bullion, valued at $2,000. Surrounded by the law at his ranch, Usery surrendered and was sentenced to a term of seven years in the Territorial Prison in Yuma. Usery Pass was also known for being a major sheep trail leading from the high country north of Mt. Baldy south to the Salt River Valley. Flocks of sheep, led by Mexican and Basque shepherds with their dogs, presented a picturesque sight in the spring and fall as they moved into or out of the Coconino plateau region.​

The Tonto National Forest, encompassing 2,873,200 acres, is the largest of the six national forests in Arizona and is the fifth largest national forest in the United States. The Tonto features some of the most rugged and inherently beautiful land in the country. Sonoran Desert cacti and flat lands slowly give way to the highlands of the Mogollon Rim. This variety in vegetation and range in altitude — from 1,300 to 7,900 feet — offers outstanding recreational opportunities throughout the year, whether it’s lake beaches or cool pine forest. With a southern boundary near the Phoenix metropolitan area, Tonto is also the most visited “urban” forest in the United States. One of the primary purposes for establishing the Tonto National Forest in 1905 was to protect its watersheds around reservoirs. The forest produces an average of 350,000 acre-feet of water each year. Six major reservoirs on the forest have the combined capacity to store more than 2 million acre-feet of water. Management efforts are directed at protecting both water quality and watershed and riparian area conditions.

The Sheep Bridge, also known as the Red Point Sheep Bridge, is a suspension bridge which crosses the Verde River constructed primarily to allow sheep to be driven between grazing ranges on either side of the river. Dr. R.O. Raymond of the Flagstaff Sheep Company owned a winter sheep allotment on the east side of the Verde River and a summer allotment on the west side. Access between the sides was difficult, and high water conditions could make it hazardous to ford the river. Raymond decided to fund the construction of a narrow suspension bridge across the Verde to make the crossing easier. Building started in 1943 and was completed in 1944. Sheep drives stopped in 1978. The bridge was closed in 1987 and largely demolished in 1988. A replica bridge was constructed in by the U.S. Forest Service in 1989 to allow hikers access to the Mazatzal Wilderness in Tonto National Forest. The original west suspension tower still remains alongside the replica bridge. There are a couple of different Jeep trails that can be  used to access the bridge site, including  the rough but scenic Bloody Basin Road which winds 36 miles through the Agua Fria National Monument and Tonto National Forest before arriving to the bridge, and the Seven Springs route from Cave Creek.

Saguaro Lake is set in the Sonoran Desert and is rimmed with canyon walls. As the name implies, the shores of the lake are studded with majestic Saguaro cactus. Saguaro Lake is the fourth reservoir on the Salt River, formed by the Stewart Mountain Dam. Saguaro Lake was formed as the Stewart Mountain Dam was built on the Salt River as part of the Salt River Project. The lake, part of the Tonto National Forest, has an average depth of 90 feet. Saguaro lake is off State Route 87, about halfway between Phoenix and the ghost town of Sunflower. Try the upper reaches of the lake (east-end) for more seclusion. Boat access camping at the east end of the lake.