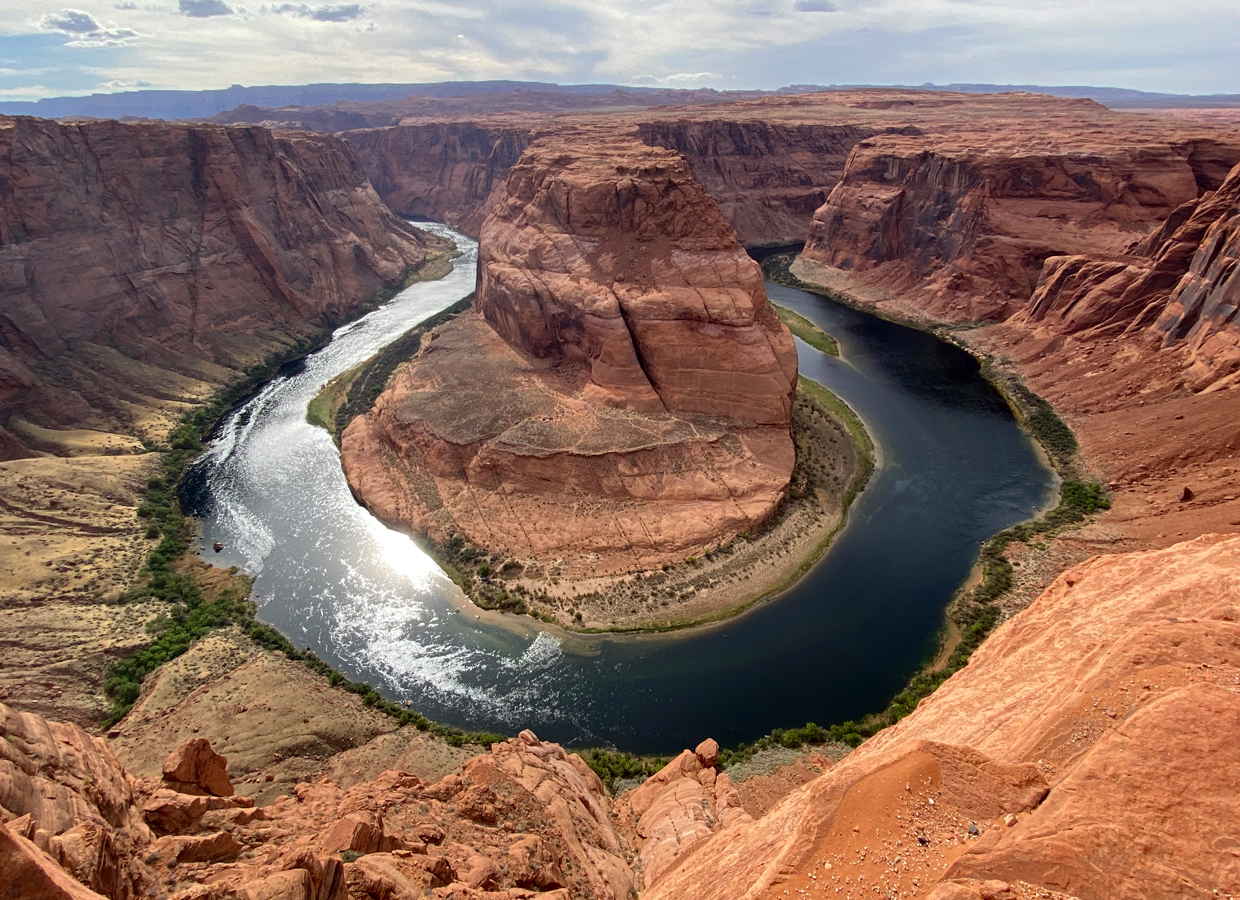 After wrapping up the Ladies Offroad Network Navigation Skills Camp, I headed north to get away from the crowds that seemed to be packing into the most popular outdoor recreation areas.  Passed through Sedona and Flagstaff and kept on going until just before the border with Utah, where I set up camp and did some exploring around the Vermilion Cliffs.  (Click through the images below for each day’s notes)… 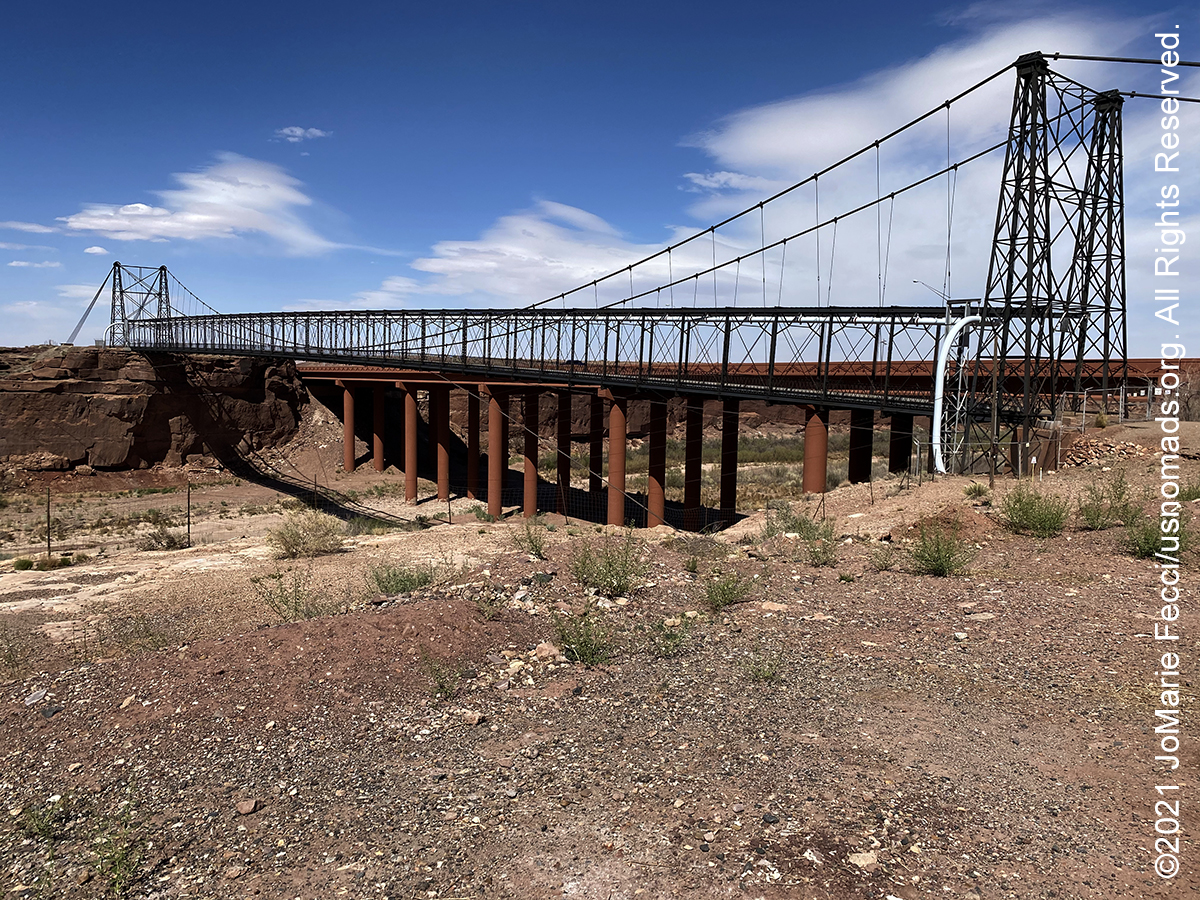 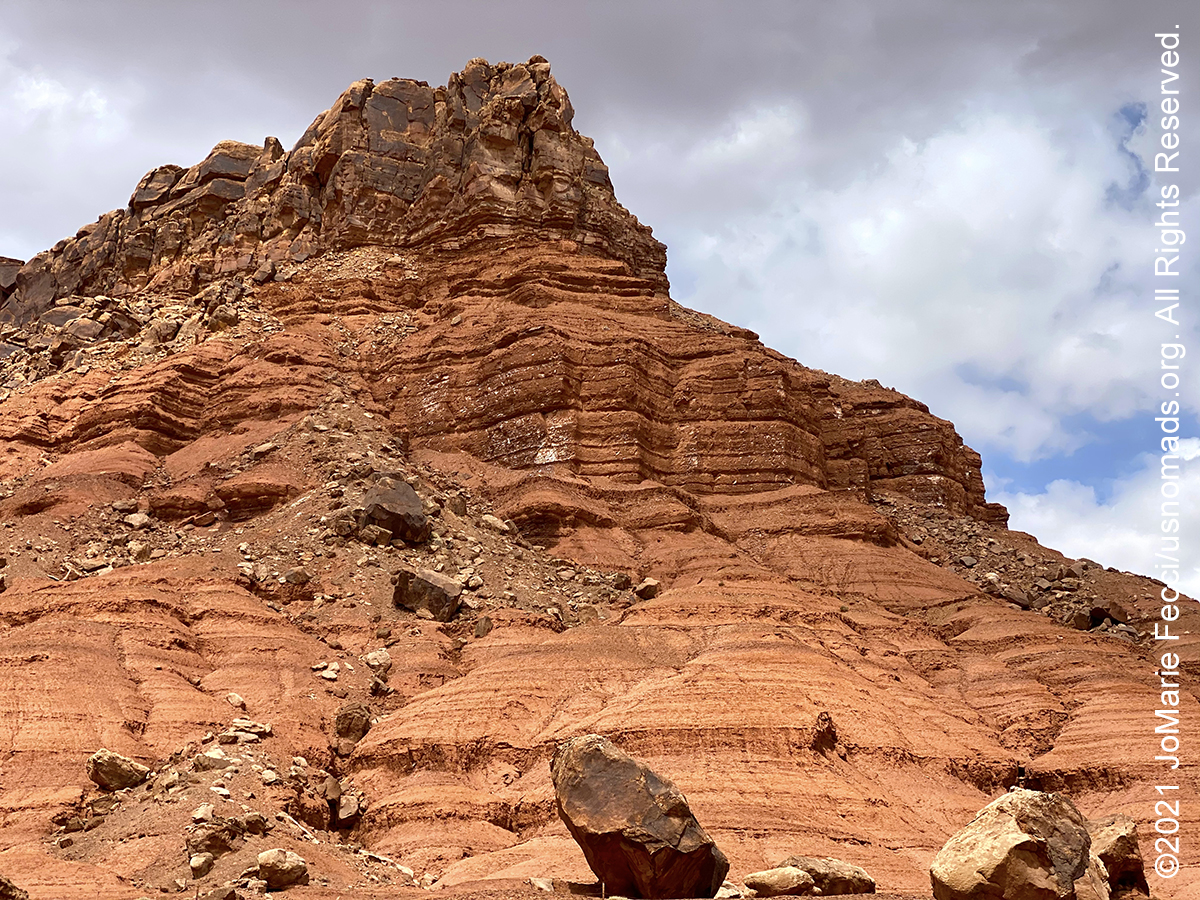 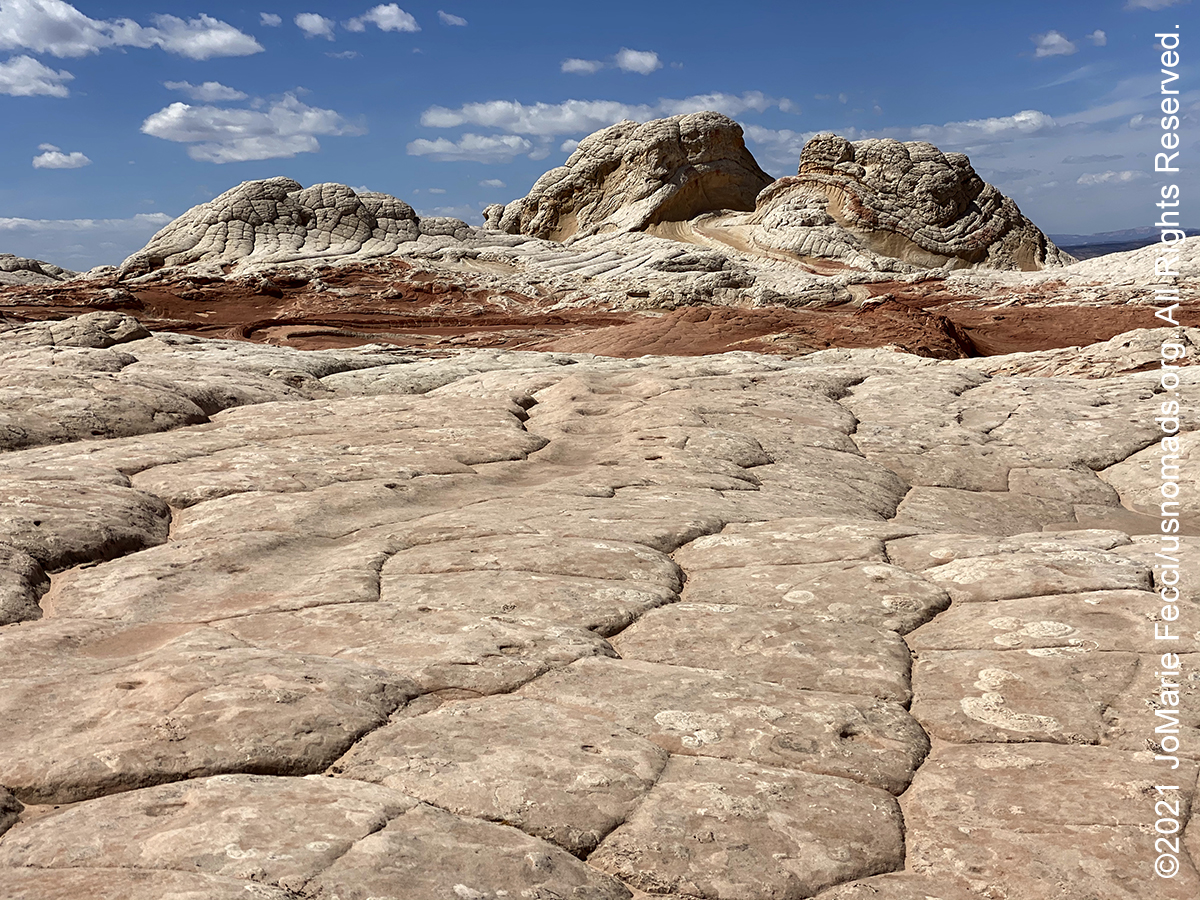 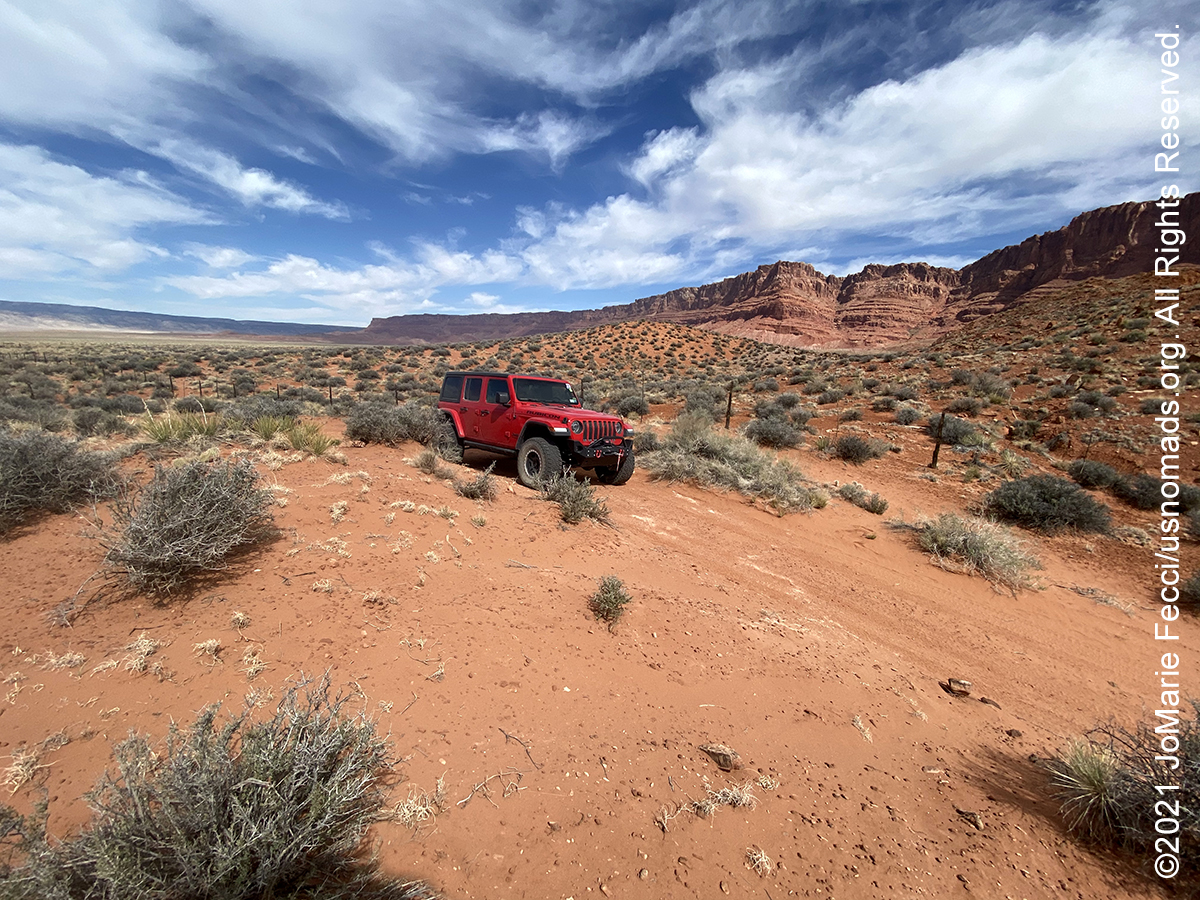 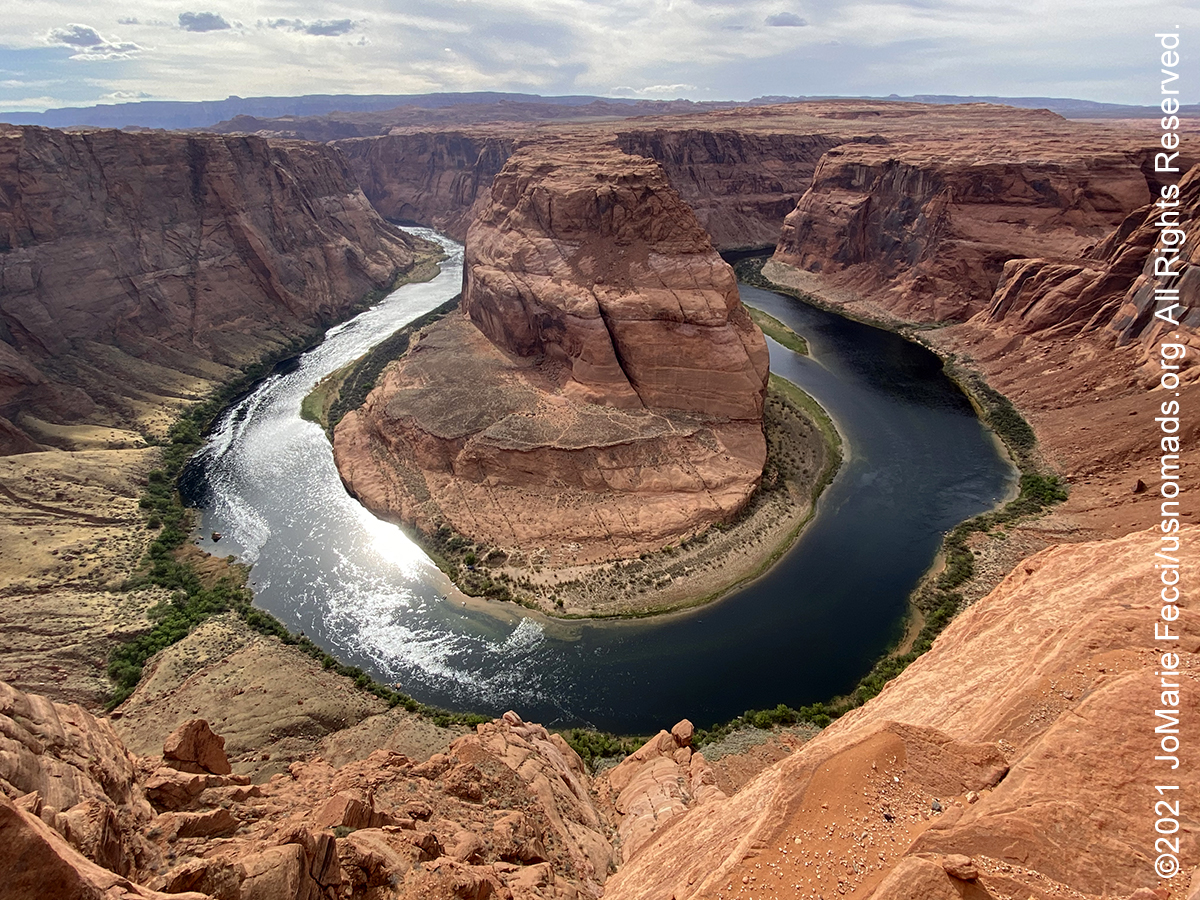 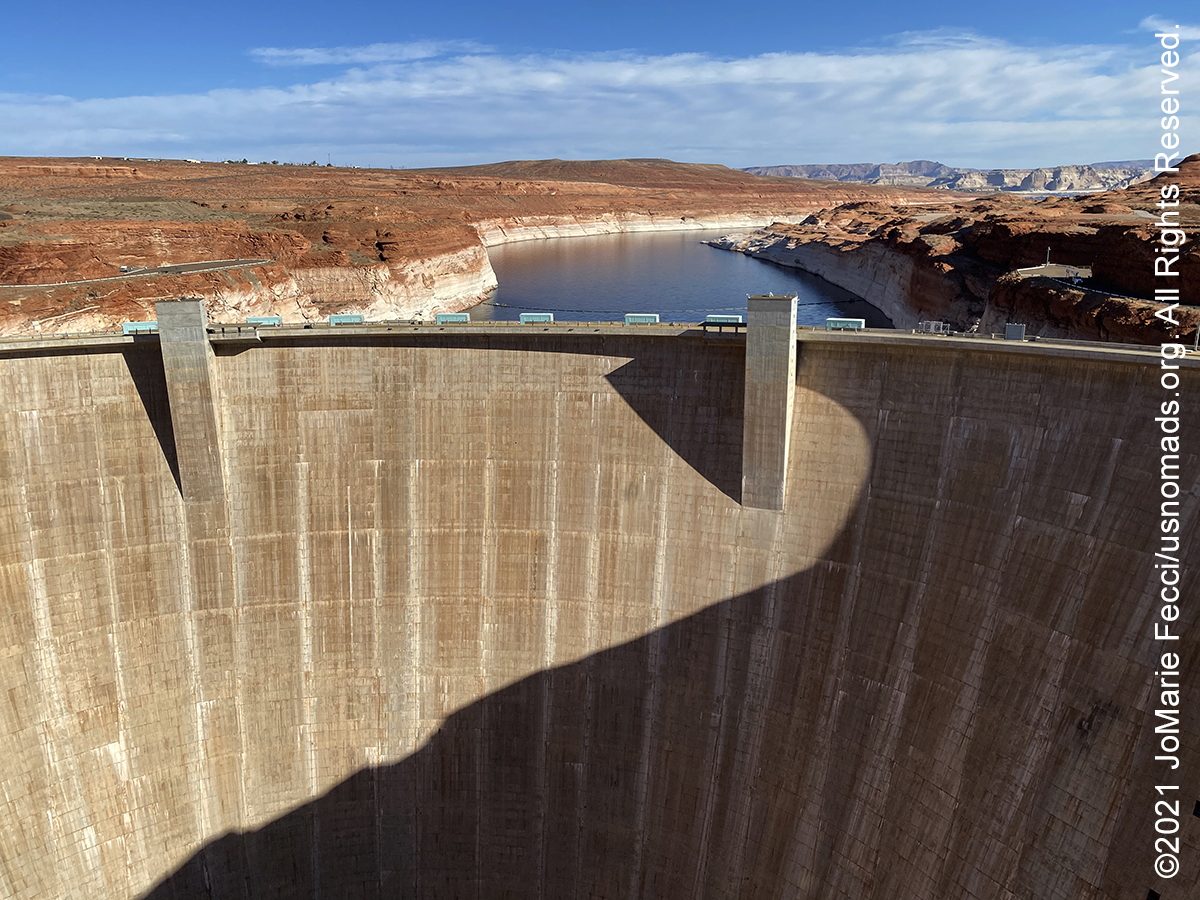 Note this map provides an overview of the eighth segment of the journey–from Phoenix area to Vermillion Cliffs and locations around Page, Arizona. The route on this map shows the overall direction of travel and key “stops” but does not include any detailed GPX tracks for backcountry trails, etc…

The Vermilion Cliffs National Monument is located in northern Arizona just south of the Utah state line. The 293,689 acre national monument, administered by the U.S. Bureau of Land Management, protects the Paria Plateau, Vermilion Cliffs, Coyote Buttes, and Paria Canyon. The monument is also home to a growing number of endangered California condors. The Vermilion Cliffs themselves run along the southern and eastern edges of the monument. Steep eroded escarpments consisting primarily of sandstone, siltstone, limestone, and shale the Vermilion Cliffs rise as much as 3,000 feet above their bases. The escarpment runs for over 30 miles and is one of the most spectacular and extensive cliff faces in the US – unusually colorful because of the especially variegated Chinle Formation that forms the lower strata. These sedimentary rocks have been deeply eroded for millions of years, exposing hundreds of layers of richly colored rock strata. Mesas, buttes, and large tablelands are interspersed with steep canyons. The first explorers into the region were Spanish missionaries and explorers from the 1776 Domínguez–Escalante expedition. Later, Mormon pioneers settled on land that is now within the monument and built one of the first ferry crossings on the Colorado River in 1871. That same year, John Wesley Powell ventured through this region during his scientific explorations of the Colorado River plateau. Today, the region surrounding the monument is relatively unspoiled with virtually no permanent inhabitants remaining and limited road access. The monument borders Kaibab National Forest to the west and Glen Canyon National Recreation Area to the east. Elevations range from 3,100 to 7,100 feet. A visit to the monument, requires careful planning and awareness of potential hazards. There are no paved roads and most roads need a high clearance, four-wheel-drive vehicle due to deep sand. While House Rock Valley Road (BLM 1065) is a maintained dirt road, it may be impassable when wet. There are two developed campgrounds outside the monument — Stateline and White House — and dispersed camping is allowed within the monument in previously disturbed sites outside the wilderness area. Permits are required to hike in Coyote Buttes North (The Wave), Coyote Buttes South, and for overnight trips within Paria Canyon. There are no visitor centers in the monument.

House Rock Valley Road (BLM Road 1065) is a 29.5-mile maintained dirt road that provides access to sites within the Vermilion Cliffs National Monument. Heading north from the junction with HWY 89A, the deep red cliffs contrast with the green of piñon pines and junipers on the valley’s floor. After 2.7 miles, there is a site for observing endangered California condors, which are released from atop the Vermilion Cliffs every September. Five miles past the observation site, after cresting a hill, there is a glimpse of the jagged Coyote Buttes to the north. At about eight miles, BLM 1100 goes to West Bench Pueblo, a pueblo ruin site. These dwellings are thought to have been used around A.D. 1050-1150. West Bench is an archaeological site, rather than a spectacular “ruin”. There are no exposed walls, no doorways, no vast views instead there is a low hump of juniper and sage-covered ground, with an old ATV trail cut through part of it where small scatterings of potsherds, stone flakes, and some shaped sandstone slabs can be found. Continuing on House Rock Valley Road, there is a short hike to a rock art site before reaching the Stateline campground at around 19.5 miles. From here the road continues into Utah, and at Mile 25, the Buckskin Gulch Trailhead. House Rock Valley Road ends at the junction with HWY 89, where the Vermilion Cliffs National Monument meets the Grand-Escalante National Monument.

The Toadstools, located in Grand Staircase-Escalante National Monument, is a site with balanced rock formations that look like mushrooms and offer awe-inspiring views that enchant. The toadstools are easy to access via a 1.5-mile round-trip hike rated easy to moderate. From the trailhead, the route follows the wash towards the northern rim of a small canyon. The first toadstool you will see is giant and red, and often the “face” of the Toadstools as seen in the guidebooks and posters. The base of Toadstool Hoodoo is Entrada sandstone and the caprock is Dakota sandstone. Its unique shape is due to erosion. Over time erosion wears away the softer Entrada sandstone while the harder Dakota sandstone remains relatively unscathed. Toadstool Hoodoo is best photographed late afternoon. Continue past the red Toadstool, and you will find more patches of mushroom-like rocks along the trail. Towards the end, you will see a lone white stem with a red cap, alongside stunning Paria River Valley views. Past this scenic stop are even more toadstools. Return the way you came.

White Pocket, located in the Vermilion Cliffs National Monument, is a remote location with amazing rock colors and formations. A group of domes and ridges covering an area of one square mile below a larger mesa lined by similar rocks, the “pocket” is a relatively small area of land markedly different from its surroundings. The rock formation juts out from a flat plateau of sandy plains sparsely covered by bushes and small trees. Similar to the more famous Coyote Buttes, White Pocket consists of swirling, thin-layered strata, adjacent layers of contrasting color, and curious erosive features in various shades of white and light grey. Like Coyote Buttes, some formations at White Pocket are delicate and could be damaged if subject to a large number of hikers, but there is no permit system and visitation is unlimited; it is however naturally restricted due to the difficulty of access. The long drive through deep sandy tracks requires a high clearance 4WD vehicle. From the parking area there is a sandy trail that leads for about 100 yards to the beginning of the slickrock. The closest formation is part of a broad, low relief ridge of white sandstone which to the north approaches taller white cliffs at the edge of a mesa and to the south breaks up to a series of little domes and outcrops of “brain rocks” – curving surfaces split by deep cracks into irregular polygonal shapes. The ridge has various gullies, wave-like formations and potholes that retain water for a long time after rain. There is no set trail, and visitors are free to explore all along the colorful slickrock. Each step is a view to something unique and picturesque. White Pocket is best photographed in sunny weather conditions, as the blue skies contrast nicely with the colors in the rock.

Navajo Bridge is the name of each of a pair of steel spandrel arch bridges that cross the Colorado River near Lees Ferry. The newer bridge of the pair carries vehicular traffic on U.S. Route 89A over Marble Canyon between Bitter Springs and Jacob Lake, allowing travel into a remote region north of the Colorado River. Prior to completion of the first Navajo Bridge, one of the only Colorado River crossings between Arizona and Utah was located about 5 miles upstream from the bridge site, at the mouth of Glen Canyon where Lees Ferry service had operated since 1873. In the 1870s, pioneers from Utah began to expand their settlements into northern Arizona but nearly 600 miles of deep canyons along the Colorado River stood in their way. One of the only places a wagon could reach the river from both north and south was at the mouth of Glen Canyon. Since the area was accessible and was a natural corridor, the ferry was established there. Lees Ferry became an important route for pioneers, settlers and local traffic. In the 1920s, automobiles began using the ferry as a means to cross the Colorado River. It was recognized that it was time to find a safer, more reliable way for vehicles to cross. A bridge site was selected 5 miles downriver at Marble Canyon. Construction of the bridge began in June of 1927. The original bridge was dedicated in 1929, and was only closed to vehicular traffic when the new bridge was opened in 1995. Today the original bridge is open for pedestrian and equestrian use. These two bridges, one historic and one new, still represent one of only seven land crossings of the Colorado River for 750 miles…

Glen Canyon Dam is a concrete arch-gravity dam on the Colorado River near the town of Page, AZ. The 710-foot high dam was built by the U.S. Bureau of Reclamation from 1956 to 1966 and forms Lake Powell, one of the largest man-made reservoirs in the U.S. The dam is named for Glen Canyon, a series of deep sandstone gorges now flooded by the reservoir. A dam in Glen Canyon was studied as early as 1924, but these plans were initially dropped in favor of the Hoover Dam. By the 1950s, due to rapid population growth in the seven U.S. and two Mexican states comprising the Colorado River Basin, the Bureau of Reclamation deemed the construction of additional reservoirs necessary. The dam became a catalyst for the modern environmental movement and was one of the last dams of its size to be built in the United States. Today, Glen Canyon and Lake Powell are managed by the U.S. Department of the Interior within Glen Canyon National Recreation Area. Operation of Glen Canyon Dam helps ensure an equitable distribution of water between the states of the Upper Colorado River Basin (Colorado, Wyoming, and most of New Mexico and Utah) and the Lower Basin (California, Nevada and most of Arizona). The dam is also a major source of hydroelectricity, averaging over 4 billion kilowatt hours per year. Beginning in the late 1990s, the Sierra Club and other organizations renewed the call to dismantle the dam and drain Lake Powell in Lower Glen Canyon.